I cannot quite recall how it happened, but I think I somehow came across the movie at the library quite by accident. The title sounded vaguely familiar, so I read the back and discovered that the film was based on a book series I had read when I was younger. One Christmas my grandmother had given me two books from the series, the fifth and the eighth, and though I read them I wasn’t too impressed –this might have something to do with the fact I hate reading books out of order or that it wasn’t the genre I preferred at that age. Even though it was a juvenile movie I borrowed it from the library anyways due to sheer curiosity.

While it was definitely “indie” I quite liked the film, for all the odd camera work and obvious lack of funding. I hadn’t read the particular book the movie was based on, so I got the first five books from the online library. Yes, though I own the fifth book it is buried in boxes in the basement and I wasn’t up to looking for them when I could just get volume 1 of the collection as an ebook.

I don’t think this has ever happened, but the scriptwriter’s changes made for a better plot than the book actually had *gasp* I was ever so disappointed by the novel not living up to the expectation the film created –the plot was far more lackluster and the writing style wasn’t at all impressive. As we all know, books usually surpass the movie adaptions in likability…

Nevertheless, I persevered and continued to read the second novel. It wasn’t much better but did show improvement, so I read the third and fourth and fifth… by then I was hooked. I reserved all the books I could find at the local library –the ebook library not having any others– and I just cannot stop reading them. There is one of the series that I would very much like to read but cannot find anywhere, not even the bookstore. I am ever so tempted to ask friends in other towns if their ebook library selection has it and borrow their card number so I can read that novel!

I now want to buy all the books so I shall have the series and can pass them on to my (future) daughter. And as often happens when you reread a childhood novel, you discover things you hadn’t noticed before. One of those things that really stood out to me was something that the main character always said whenever she was afraid –since she constantly got into scrapes involving kidnappers, collapsing mines, being lost in the woods, etc it was often– and that is a verse from the Bible:

“What time I am afraid, I will put my trust in thee.”

Many of us put so much of our own thought and effort into things that we don’t realize we should consider asking for help. Doing so doesn’t make us weak or dependent or incapable, just smart enough to acknowledge that sometimes we need a bit of assistance. This could be to God or our best friend or even a coworker… We just have to start having a bit of trust.

Have you recently read any books from your childhood that have touched you in a new or different way than when you read it years ago? 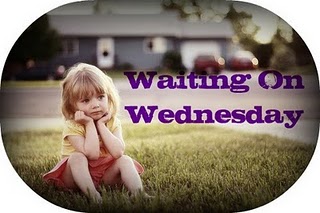 “Waiting on Wednesday” is a weekly event hosted by Jill at Breaking the Spine
that spotlights upcoming releases that we are eagerly anticipating.

It is never to late to learn new things, even if it is something you may already use every single day. I decided to brush up on the latest techniques in regards to social media marketing and blogging –things I use for work, this site, and for myself– to see if there was anything I could be doing better, easier, or differently. Because of that, I put myself on the reserve list at the library for the following books:

Wanting to immortalize her on canvas –given he couldn’t draw a stick figure with a ruler- pretty much indicated he had it bad.

Earlier this week I got a letter in the mail. This ALWAYS makes me smile and do a snoopy dance as I love getting mail, especially when it is from my one of my good friends who lives a few hours away. So many people don’t seem to understand how special it is to get a handwritten note in your mailbox, knowing that someone took time out of their busy schedule to share a moment of it with you.

She wrote to say that, for the first time in ten years, she felt the need to pick up her Bible and pray. That made her letter all the more special in knowing that she was working on her faith. I never thought I’d make a difference in anyone’s life but, according to her, just by being myself she was able to see what was missing in her own life.

Synopsis: Who would have thought so much could be happening at a convenience store? Mr Mirelli owns the place and is working behind the counter, Rosie is there because her dad made her come downstairs to find something, Corey is there because he and Rosie are planning to run away together, Daniel is there on a secret mission, and a masked gunman is there to get what he wants. But what if nothing is like it seems…

Plot:  Like the other book I read by Norah McClintock, this book is very action–driven with very little character development. You don’t really get to know what the characters are like; it’s all very superficial. I generally have a preference for getting to know whom I’m reading about or I can’t really connect to the story. It seemed more like an in-depth magazine feature story, and maybe it was because what often inspires Norah is occurrences going on in the world.

Writing: Norah’s writing style is to keep things simple. Short paragraphs, short sentences, short words. Nothing dramatic or interesting grammatically, but very fitting for the reading level the book touts.  The catch being that I wouldn’t really suggest a grade three kid to be reading about armed robberies…

POV: This book is told from three voices: Daniel, Rosie, and the masked man. It is a format I’m not overly fond of, yet seems quite fitting for the story. You get to know what each character is doing, what is immediately motivating their actions in the store. Had this novel been written only from one point of view in Norah’s writing style, it would have been significantly less interesting.

Character: The only person you really get to know much about is the masked man. As I mentioned before, the reader only gets to superficially understand the characters, but the robber at least had more than a two-sentence back-story to explain why he is doing what he is.

Quote: I’ve already crossed the line. I’m in the store with a gun.

The Verdict: I would suggest it to grade six to eight student swho don’t often pick up a book.  It is short and simple for someone who doesn’t have the attention span of an avid reader, and just might be able to captivate them into reading more books.

“Waiting on Wednesday” is a weekly event hosted by Jill at Breaking the Spine
that spotlights upcoming releases that we are eagerly anticipating.

I have been going through a phrase lately of rereading a book series I somewhat liked when I was younger. I had only read two of the stories when they had been given to me as a gift, but thought nothing of reading any of the rest. I happened to come across them again and decided to read the whole series… or at least the ones I could get my hands on. Now I am waiting from them to come in at the library!

Innsmouth Nook by A Lee Martinez

I don’t make the rules, dude. I just get them from the website.