Did Ninja count as supernatural?

It seemed to me that a college boy in need of sexual relief was pretty darned close to supernatural. 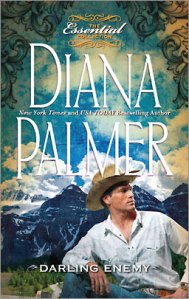 Synopsis: Teddi is a twenty-year-old orphan working her way through school; she is a model during the holidays and a waitress during the rest of the year when she’s not in class. After being invited to her best-friend’s family ranch for some R&R, Teddi falls in love with her best friend’s brother, Kingston, but soon realizes that he despises her city girl life. Just when she thinks he is starting to care for her, a man from Teddi’s past steps in to create trouble.

Plot: Normally Diana Palmer’s stories are about heroes who are a bit chauvinistic and heroines who are somewhat passive, but having originally been written nearly thirty years ago when society was still more male-dominant it is a little more understandable. This book however is nothing more than highly abusive relationships where men are entitled to whatever they please, and women are expected to love them for it.

Character: Billingsly is the villain of the piece. He is obsessed with Teddi to the point where he will do nearly anything to have her for himself. He does whatever he can to discredit her to Kingston by making her appear to be a gold-digging slut in any way he can.  Only after forcing her to appear in a compromising position, Billingsly is repentant for what he has done –due to the fact he just got fired for his behaviour- and rather than hating him for ruining her life, Teddi passively accepts her situation.

Romance: The relationship between Kingston and Teddi is basically that of an abusive one. He treats her like dirt then apologizes for it, promising never to do it again but does, while giving only brief moments of kindness. Towards the end of the novel his behaviour improves somewhat, but he refuses to make a commitment, saying only that he wants her for an indefinite amount of time.

Character Development:  If anything Teddi regresses rather than grows. She starts out as a sensitive young adult who has occasional flares of temper and full of pride. As the book goes on, she takes more and more abuse from the men and accepts it from them, to the point that she only wants to please Kingston even after he treats her badly as though she is starting to believe she deserves rough treatment. She is even willing to give up her plans to be a teacher, by quitting school to be a housewife.

Quote: The crazy thing was that the reality had been so much more wonderful than the dream…

The Verdict: This particular novel horrified me: The men are just despicable and the heroine is a passive-aggressive idiot. This is by far one of the most distasteful novels I have ever read, as it felt like it was condoning physical and emotional abuse, accepting of sexual assault, and completely eradicating women’s rights. 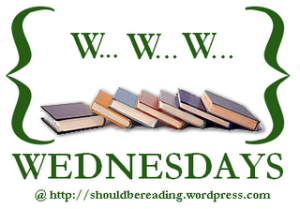 WWW Wednesdays is a weekly meme hosted by Should Be Reading.  All you have to do is answer these 3 questions:

1. What did you recently finish reading?

2. What are you currently reading?

3. What do you think you’ll read next?

To do something a little different with this, I thought I’d find out what my friends are reading and post that whenever I can get answers out of them!

“Drop it, varmints!” a girlish voice with a slight lisp snarled. “You’re surrounded.”
“Put it down and go home to your mama, girly. That twelve-gauge is too big for someone as little as you.”
“My mama is dead, hairball face. And my gramps reengineered this here weapon so even a baby could use it.”